When a country has access to water, what more is required to grow maize and attain food security? 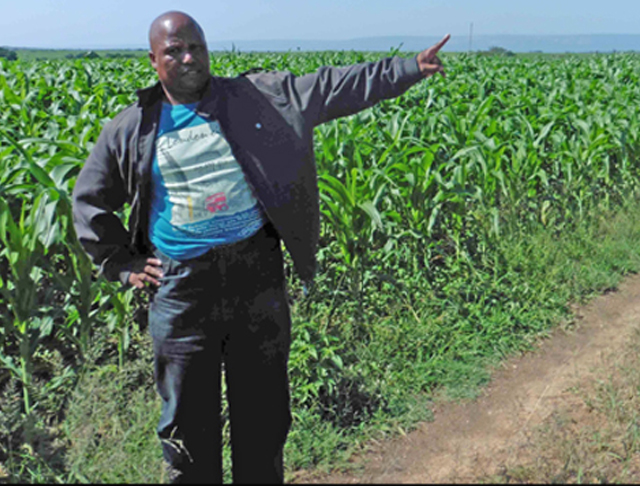 This is the question that farmers in the lower Nkomazi Valley in the South East Hhohho are addressing. Farmers together with the MoA as well as researchers and the development community are taking up the challenge of producing the .

With soaring prices – the question is no longer if, but how quickly . MoA has already decided that the little water that remains in the rivers may not be enough to irrigate sugar but adequate for a healthy growth of maize.

“In the face of the food insecurity that faces the country, government has invited farmer companies to take up the challenge of maize cultivation under irrigation. The farmers hare produce maize but it is not their priority. We have now formed a maize group with TNAAS. Our objective is to outline strategies of how we can grow quality maize.”

A starting point has been to invite all the maize seed producers in Swaziland to bring forward their best winter maize seeds for trials in the lowveld. Dlamini said over the years they have worked with the main maize seed companies Seedco and Pannar.

Early subscribers to the winter maize project farmers under the KDDP (Komati Downstream Development Project) who benefit from water from the Maguga Dam are Manzinyama who have allocated 200 ha to maize. They have also set aside 3 ha where seed companies have been invited to demonstrate the performance of their products under lowveld winter conditions.

KDDP director John Mkhwanazi however notes they will provide more land so they can try out as many seed varieties as are available in the country.

But Manzinyama is not waiting for the trials to make their decision. Farmers chairman Spring Mahlalela said in February went ahead and planted 20 ha of their land with maize. This crop on the adjacent block to the trials is visibly lush and thriving. Thick maize stalks already approaching 2 metres offer great promise of a substantial harvest.

Manzimnyama maize harvests have averaged 300 bags per ha under summer irrigation. There is no doubt that the maize will thrive under winter conditions. Since the 60s, farmers at Vuvulane have produced fresh mealies all year-round. The lowveld is very warm even in winter. However farmers worried about the length of sunshine day that may affect yield potential.

“Now that we are going into commercial scale, there are a number of things we need to know. The land here is red soil. It is excellent for maize. It’s analyzed rate is 300 bags per ha since 2010,” stated Bheki Dlamini, the SWADE focal person assigned to coordinate the new drive for winter maize cultivation.

“Before we move further we need to assess all the information to inform ourselves of the ideal conditions for achieving the highest harvest potential under winter irrigation. We established these field trials so that we can know what varieties perform best under irrigation. We are trialing different series of medium and long term maturing varieties. The trials will provide the data we need so that we are in a good position to advise farmers.”

These are strip trials where each seed variety is planted in rows. Depending on the protocol adopted, some varieties will be planted in four rows and assessed on the two inside rows while others plant three – the centre row being assessed.

On hand at the field meeting were seed company representatives who presented on the strengths of their products and fielded questions from farmers.

To ensure that the trials are conducted on similar conditions and their results reliable, the Malkerns Research Station is on board. At this first meeting to observe the fields, research was represented by Bongani Mvubu. His role was to oversee and advise on research protocols to be followed.

The results will be documented to produce farmers’ guidelines on winter maize cultivation.

Mahlalela said the maize under trial was planted on the 28th March. It was already 20cm tall. Under guidance from the seed companies on the processes such as fertilization, top dressing and pest control.

Dlamini said they will observe each variety’s performance throughout its life to document maturity duration between planting and harvest.

Success of the Manzimnyama trials will open the way for lowveld farmers across all four regions to gain confidence and grow winter maize under irrigation.

Manzimnyama farm manager Moses Ndwandwa who is fresh from study after a stint managing the company’s 14 tunnel gardens will be responsible for keeping records of the progress of the trial maize.

Winter cultivation will also prove an important test for seed variety standability to withstand winds. It is critical that the maize is standing right up to harvest as combine harvesters will be used.

Commercial maize cultivation also requires that farmers dispense with the rule of thumb or rely only on their experience and visual observation. Commercial maize is intended for sale to NMC where moisture content is a key price determinant. The farmers will have to invest in moisture metres.